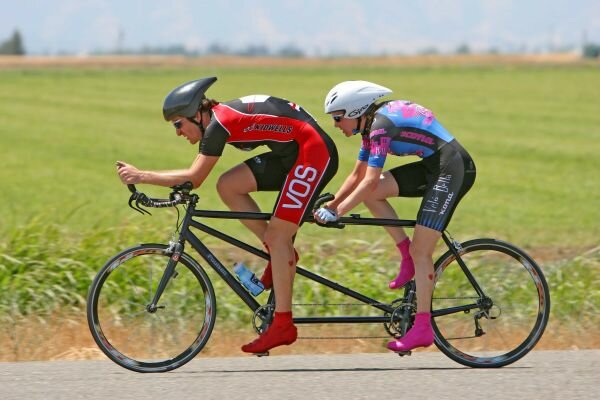 Quieting the Butterflies at U.S. Nationals

By Soni Andreini Poulsen
On the Back of the Tandem, California 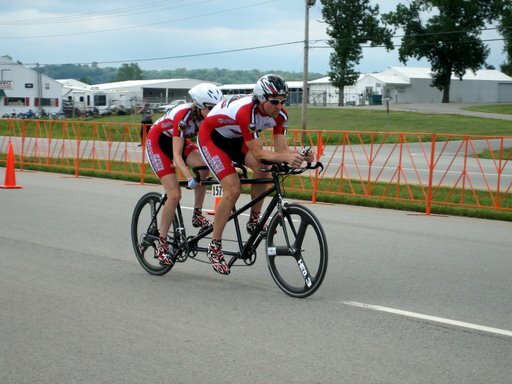 Why do I get so nervous before races?

My stomach is such a vat of acid you’d think it’d digest anything instantly. Instead it keeps urping up my breakfast for hours. And I need a revolving door on the porta potty.

The more the race matters to me, the worse it is. So the morning of our Tandem Time Trial at Masters Nationals was about as bad as it gets.

So I go through my tools for dealing with this.

1. Concentrate on pre-race routine. Well, the 2 hour delay in our start time did that one in.

3. Fear busting exercise: remind myself that fear is only a signal that I am taking a risk and challenging myself. I recognized that and congratulated myself on not being controlled by my fear. Time for a bathroom trip. 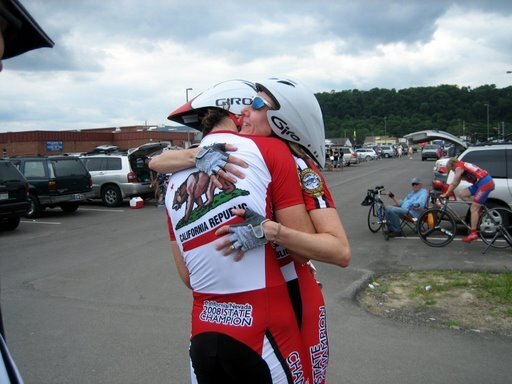 Ok, now I’m getting a little upset at myself and a little worried. I’d already seen with the rides I’d been doing in Kentucky that my heart rate was tending to run high. I didn’t have any extra beats for nerves.

What am I afraid of? That all the obstacles we’d overcome to get there would be for nothing. Bronchitis, sinusitis, neuromas, asthma, rear wheel problems, motivation problems, rental house swindlers, 21 rear-end mosquito bites, nebraska, and 2000 miles. That all the endless intervals would be for nothing. That we’d fail and let down ourselves and everyone who had helped us get there. And if you are reading this, you helped me get there. Which of you hasn’t held my hand or kicked me in the butt in the last 4 years? Without you I’d never had the confidence to call myself an athlete.

But at the very same instant I realized that I was afraid that we wouldn’t be successful, I rejected that thought. We were already successful. We had already overcome the obstacles. And I had no doubt that we were going to race as hard as we could. And all that meant that no matter what the outcome of the race, that we would be successful. And in accepting that as truth, I felt the storm in my stomach settle down.

For me, that was (almost) as big an accomplishment as winning a National Championship. 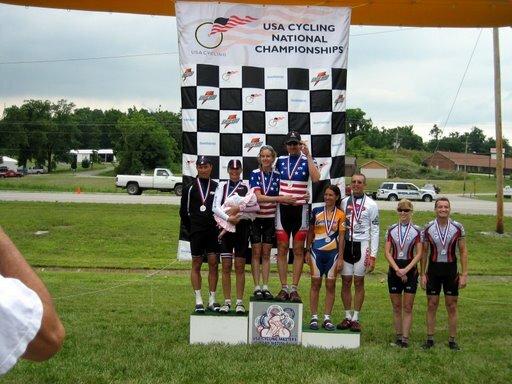 Bicycle Made For Two

By Soni Andreini Poulsen
Somewhere in California on a Bike 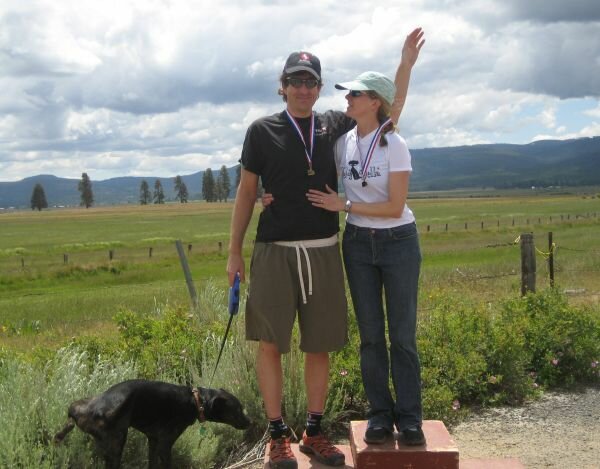 Q: Honey, what do you want to do for our wedding anniversary?

A: I don’t know, but we should do something special for our 22nd.

Q: Lets, see, here’s an ad for a wine tasting cycling tour in Napa. That sounds nice. Or here’s another one for a restaurant that does a nice job with special events in Carmel–we could get some friends together for dinner. What do you think of those?

A: None of those quite sound right, honey. Here, I found it!:

“Just a four hour drive from just about anywhere! Land of few services, no even ground to set up rollers, and freeze cracks that have swallowed many wheels and loosened countless aerobars! Yes, come to Sattley, CA! You and your sweetie can get up way too early and dine on crummy hotel breakfast food, experience the rocking porta-potties on trailers, and then ride your bike as hard as you can for about an hour! (Puking optional.)”

I love you, honey!

Actually, the conditions were about as good as they come in Sattley–cool and very very light wind. It was great to see all the friendly Bella faces. I was glad I wasn’t in the individual competition–the categories were stacked with fast fast women! I predicted the 50+ winner would beat the time of the 45+ winner, but wouldn’t go out on a limb to say who it would be. Very happy to see that it was Liz B–and she actually had the fastest time of ALL the master women!!

The tandem fields were tiny this year. Unfortunately, our competition (Tom & Bella Karin) got a flat at the turnaround. But we had a PR for the course so we were pretty happy. And I’ve been eating ever since. Except for the times that I’ve been nauseous.

BP Cantua, California — Global warming has caused isolated weekend incidents of Bunny Attacks Coupled with a Lil Suenami destroying Wildcats’ predatory instincts in Cantua. It is a known fact that animals can sense changes in weather patterns. Saturday’s ominous weather patterns were no different. Birds scattered to protected areas, while bunnies attacked a field of wild cats in early anticipation of the incoming Suenami. Local residents say it was a band of bunnies, while conflicting witnesses say it was one lone bun. According to local weather expert Beth Welliver, “It was a self preservation instinct brought on by the barimetric pressures of the little known phenomena known as Suenami..”