But let me tell you one thing: the pre-race report is more fascinating that the actual race report… Just FYI.. 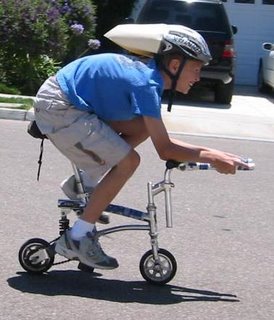 Monica and I agreed to meet around 3:30pm at the TT course for our pre-race ride. And, with that beautiful hot sun out, i couldn’t be happier…. We arrived at the race site and started organizing the TT bikes. Monica came along with her fast skinny wheels on her blue TT bike while I had to set up those strange nasa looking aero bars on my carbon- fiber bars…I knew it wouldn’t be a good idea…more on that later.

I stopped thinking to myself: “will I need to stop for the train during the TT?? OR does Bob have a remote control to stop the train when a racer is approaching???” Anyhow, I had to keep on going, after the very long train passed, as Monica was way ahead of me.

I finally see Monica and I informed her of my thoughts but she was sure that we were on the right track and that she did remember seeing the train… OK, I said…

Later, way later, when we saw the 99hwy, Monica realized that we did take a wrong turn, but at this point the only option was to keep on going; and, for the 1st time in the course, or out-of-the-course, we would have a tail wind. Sweet! we were thinking… And we were so wrong; we started working together, and this is when it gets interesting.

I’m riding behind Monica thinking: “God she is good and steady; I hope I am not too sketchy when is my turn to pull”. Once back to the car, we decided to just roll to the finish line and beyond to see where we made the wrong turn and I made a compliment to Monica on how steady she is on the TT position and she said the same about me.

And then … i made the very appropriate comment: “Monica, I was afraid of having you behind me for too long as i could barely keep a straight line on these aero bars…. in fact, have you heard those stories of teammates who pre-ride a race and crash on each other?!” and we were laughing so hard….

And…as I was making an U turn and fell.

Hehehe…go ahead, laugh cuz we did. I mean, Monica did. Instead of giving me a hand, she just said: “look how cute her little bag”… I couldn’t stop laughing looking at her face saying what she just said…

But then I stood up and said: “Good! I got my crash out of the way and the system”

Later on the day, we went to the hotel where more strange things happened. But, long story short, we finally got our 2 beds, non-smoking room close to the elevator and Monica knew pretty much what was going on on the building. I will let her explain her power…

Saturday AM – The Crit

– We woke up, we changed, we ate, we got my car organized, and there we went.

We parked, we registered, we warmed-up, we raced (there was a crash right in front of me at the 2nd last right turn), we all panic, we sprinted, we finished the race and I was mad, very mad…. but I finished in 10th despite my madness.

– We showered, we changed, we ate, we put our legs up, we got the cars organized, and there we went.

We parked, we signed in, we warmed-up ( under the cherry tree without a black horse – it was sort of a warm-up as I was keeping an eye on Kim as my start time was 3 minutes after her and I didn’t want to miss the start; she got of her bike way long before the TT time and I panic and did the same). 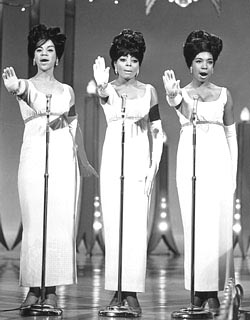 We raced (I tried, seriously…. I kept thinking that Monica was right behind me trying to catch me up and I had to paddle really fast and hard and then the unthinkable happened, my aero bars came to my nose….and there was my focus all gone….

And the gal behind me passed me, and then another one, and I said: Stop in the name of love; I will not go down this way…so I started going harder and harder approaching both of them until crossing the line), we finished the race closer to each other and I was mad, very mad…. Later I learned that I finished in 12th despite all my accumulated madness.

– We woke up, we changed, we ate (quite a lot: 2 pancakes, 2 white eggs scrambled, 2 wheat toasts, coffee and orange juice) we got the cars organized, and there we went.

We parked, we didn’t need to sign in, we warmed-up, we raced, we rode thru the washing machine, we (I) sang “shake you booties” during the race, one gal was SO above the normal out of line and very dangerous that we all avoided staying behind or even closer to her, we all watched metromint go over the center line over and over again, and we had a small crash that I never saw.

I stayed with the lead pack ( for the 1st time ion a RR with cat1/2s), and I was even more mad, extremely mad…. But later I learned that I finished in 5th despite all my more than accumulated madness.

— I wasn’t really mad…I just liked the pattern…did you notice it?! How cool..

Anyhow, after coming back to the car, and changing, and eating, and waiting, waiting, waiting, waiting for the results, which were so wrong I learned that I was in 9th on the GC right behind Kim and in front of Flavia, who despite winning the Crit and placing 4rd in the RR could not make up any time on me as my TT bike was terrible but about 1 minute faster than her….hehehe

Lessons learned:
1. Sunblock DO HAVE expiration date…
2. Monica is very aware of the surroundings…
3. TT bars are to be tested way long before the race day…
4. If #3 is not possible, then the TT bars position need to be marked on your bike so you can put them on the correct place…
5. DO NOT, I repeat, DO NOT use a sunblock that had been expired…the results can be disastrous…
6. I will travel with Monica as a roam-mate any time…especially if she provides the peanut butter and jelly sandwiches along with the great laughs…