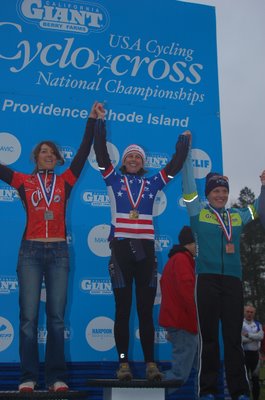 So, Buck left that evening b/c his flight to head back home was pretty early on Monday. He had come in mostly for the race and it was great having him there. The following morning Rhonda and I rode some of the canals in Nommay and later toured around Metz on our way back to the Brussels airport to drop off Mark Matson.

Once we arrived at the airport Rhonda and I kind of looked at each other like, “what now?” We looked at the map and picked a place to go, I got behind the wheel, Rhonda navigating and we went. But… we had a minor change of plans b/c we couldn’t exactly find the mythic cyclocross town we were looking for: Hofstede, Belgium. Instead, we found a hotel in Aalst (at this point it was getting late) and stayed there for the night.

The following day we traveled to Oodenarde and were driving around looking for places to stay, sights to see and saw the sign for the fabled Koppenburg. We walked up to the top and looked down. It was very slippery even walking and I think we both silently decided we weren’t going to try and ride it. We went a little outside of town into Kluisberg and parked the car, unloaded our bikes (oh the car is another story in and of itself, let’s just say filled to the maximum capacity and then some) put on our riding gear and off we went.

We had no idea where we were going but ended up having a spectacular ride seeing tons of the surrounding cities and towns and enjoying having a few hills to grunt our way to the top. We drove back into a small town called Berchem where we had previously seen a Bed and Breakfast above a Butcher shop and inquired about staying there for a few days. The place was awesome and Ingrid was extremely hospitable, even going so far as to wash our stinky laundry for us and provide us with a breakfast so immense that we used it partly for lunch and dinner.

We went out for a great ride that day after finding out from Els that a bad storm was coming. We rode what is known as the Eddy Mercx route and ended with a pretty steady headwind and crosswind that frequently found us sideways on our bikes (remember the V8 commercials?) and got back just in time before the rain started.

We left for the cycling house the following day and previously planned on doing another ride in this region but the wind kept us inside on the trainers. The following day we rode along the canal systems for a leisurely ride and then Saturday to Zannebeke to take a peek at the local cross race that Erik, Ryan, and Chance were to race on later that day. Supposedly the wind had died down but you wouldn’t have known it riding out there. We took one lap around the course and were completely muddy so we headed back to town. What took a little over an hour to get there took about 35 minutes to return (this including stopping to change a flat).

What a day, How do you ever know when you are going to have a good race vs. a bad race. Sometimes the legs feel great during warm up and they die, sometimes the opposite. I didn’t know what I had in store for myself this very day but it was definitely not a stellar performance. I am not sure why; not enough preparation, too much preparation, the course, my mind, my body, too much chocolate perhaps??? Who knows, but my start was off the hook horrible and it only got worse from there. I just didn’t have anything. I never gave up trying but after the first lap every attempt was futile. I was embarrassed by my performance and feeling pretty low. I was in a funk. I certainly didn’t want to leave Belgium with a feeling like this in the pit of my stomach .

I know Buck and Alex would tell me I am being too hard on myself, but I didn’t come all the way to Europe to represent you in this way. Next Sunday at the World Championships I race for my family, all of you in Velo Bella land, the United States and our sponsors. I’ve got a week to get it together.

5 Responses to “Hoogerheide Here I come!”