By Soni Andreini Poulsen
At a bike race somewhere in California 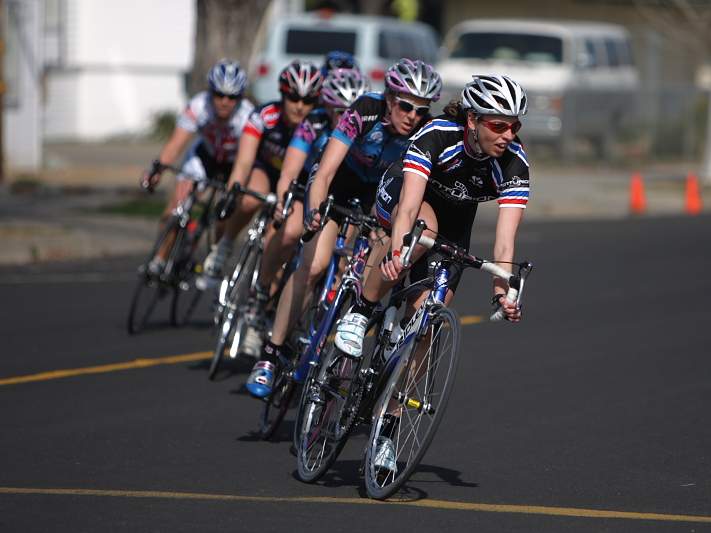 Somehow, I got my best start of the last 2 years and was in the front into the first turn. Happily, Tracie took the pole from me and I rode her wheel for the first lap. It was so great to have her right in front of me. I just followed her line and it gave me much confidence that I could corner on this course. Really, this is the first crit I’ve done where I wasn’t nervous about every corner and losing ground on most of them.

Then Tracie started attacking and attacking and attacking. I countered once, but I was pretty dang pooped from the rest of the weekend and could only do so much. Laps 22 down to 10 seemed to last forever, and I kept thinking they were forgetting to turn the lap cards. I just wanted to try to stay in to do something at the end. 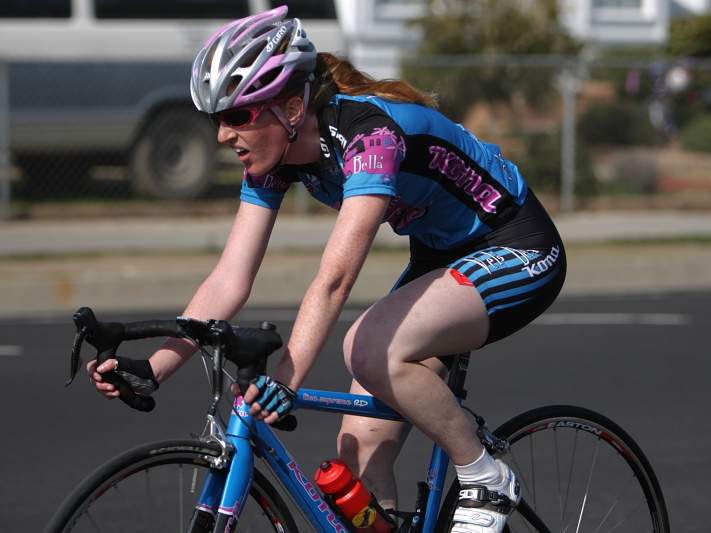 So then Tracie attacked and Ry and I kinda patrolled and controlled as best we could when we could. The last 10 laps (of this 34 lap, one hour race) went a little slower so I knew I could stay in at that point and so got myself in position with 3 to go. Then at 2 to go Tracie went again hard! I almost got dropped and seriously questioned my ability to do my last lap attack that Ryan and I had planned.

But I went anyway, just a bit before the start/finish line and just kept it down. After turn 3, I really felt my power dropping and thought I might pull off. I didn’t think I was much help anymore, but Ryan yelled “keep going!” And so I did. 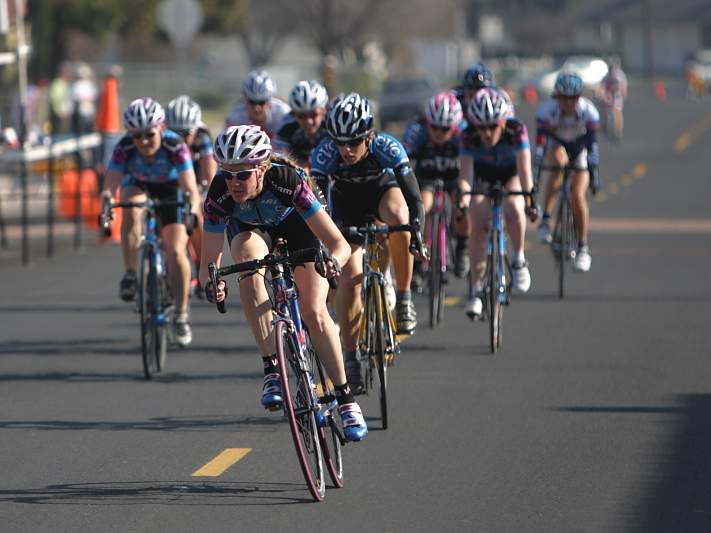 I was ready to die/quit again after turn 4, but then Jeff yelled at me to keep digging, and that kept me going for one more turn

I finally had to pull off after turn 5 because I barely made the turn. I couldn’t see straight!

Ry had positioned herself perfectly. When I pulled off, there was one gal between us and she was then in the wind and had to go too early, with Ry on her wheel…

And that was all she wrote. Ry made it look easy!

I don’t think the field knew what hit them. We missed all the primes, but we all got t-shirts. Most importantly, we all had a blast and put on a good show for the crowd!

One Response to “Road Season: It’s ON!”